WE PRODUCE LACES WITH OUR OWN PRINTING

Shoe laces are an original advertising item for marketing promotion. Choose the type, material, size and type of printing or consult with us and we will find the best option together. We always propose individual solutions with regard to your requirements and financial possibilities. Our graphic studio will take care of the design visualization.

Shoe laces are an original advertising item for marketing promotion. Choose the type, material, size and type of printing or consult with us and we will find the best option together. We always propose individual solutions with regard to your requirements and financial possibilities. Our graphic studio will take care of the design visualization.

Tubular shoe laces are a safe bet, that will never go out of style. The visually pleasing classic option allows you to choose colors and print text, company logos or other advertising messages. These laces are made of polyester, which due to its strength ensures their durability.

The print can be performed over the entire 6-12 mm wide lace. 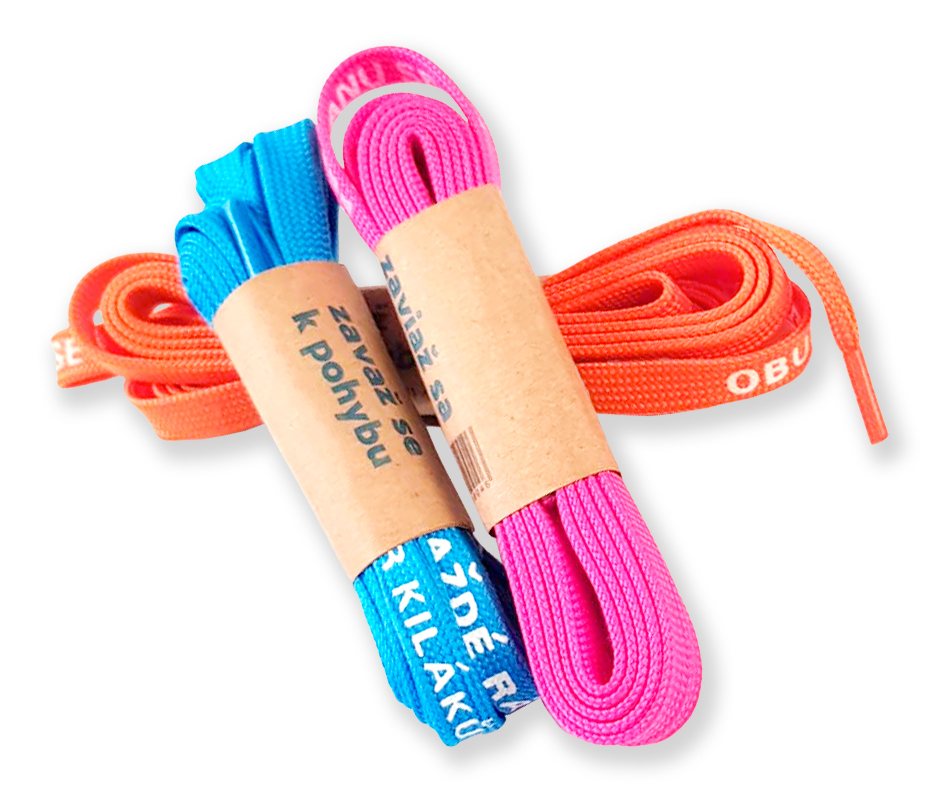 In addition to the obvious graphic advantages, sublimation laces are also significantly thinner and are characterized by a smooth surface.

They are equipped with a hook, which replaces the classic lacing. The length of the lace is 12 cm, but can be stretched up to 20 cm. Thus, the laces do not need to be unbuttoned and allow comfortable slipping into the shoes. They do not go out and adapt to the shape of the shoe.

Silicone laces offer the opportunity to print a company logo and a variety of color options. Just like the classic laces. 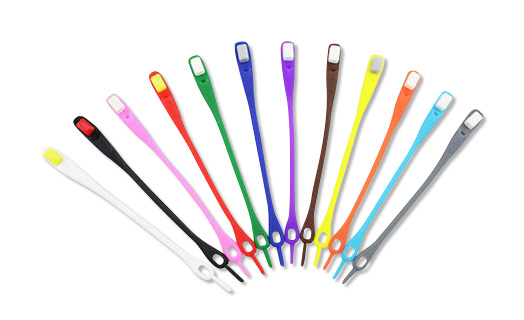 We have already taken care of the production of these and many other satisfied clients.
Let yourself be inspired by a demonstration of the projects we have implemented for them.

Advertising laces are just one example of how to effectively use promotional items to enhance the campaign’s impact in both online and offline environments. Shoelaces offer almost unlimited color options.

Bright colors create the perfect combination in conjunction with a campaign focused on the joy of movement.

Now the symbolism of the laces with the printed hashtag linked the online world to the real one. In terms of promotion the laces themselves would have a much milder impact without the hashtag shared challenge.

For Rajec we have created three variants of laces implemented with the silkscreen printing technique. Each color option carries its own motivational motto. “A few kilometers every morning!”, “I’ll stop making excuses!” and „Slip straight in!“. 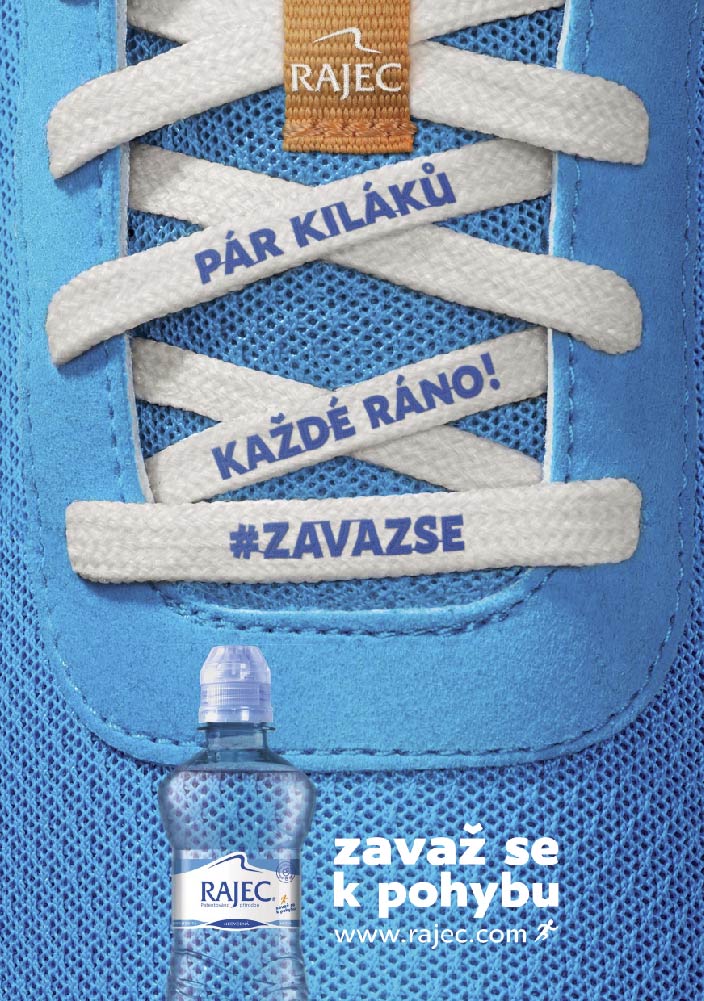 HOW TO CHOOSE THE LENGTH OF LACES?

Easily! The correct length is derived from the number of holes on one side of the shoe.

Do you know all the ways to tie laces?
Try these examples. 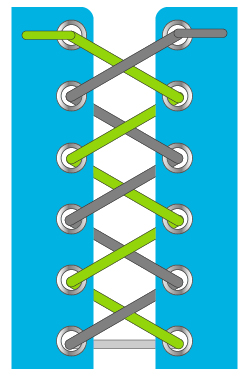 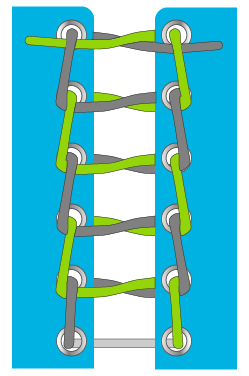 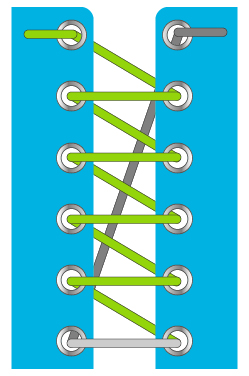 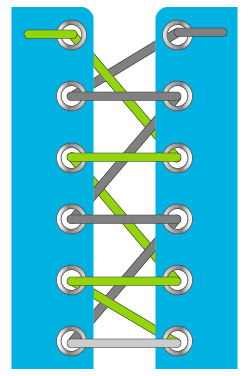 Besides tailor made laces, we also produce socks that will perfectly complement your idea and create an effective advertising message. More information HERE.

HOW OUR LACES ARE MADE?

Flat, round, hollow or with a core – our production of promotional laces can easily handle any requirement. Thanks to the latest technology, we achieve maximum color clarity and branding quality. All this according to ISO 9001: 2009 standards. 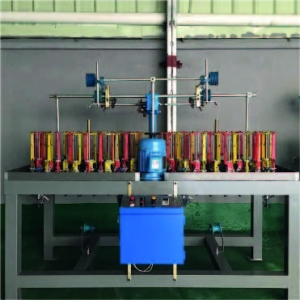 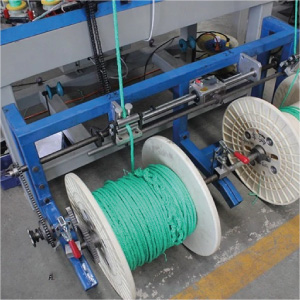 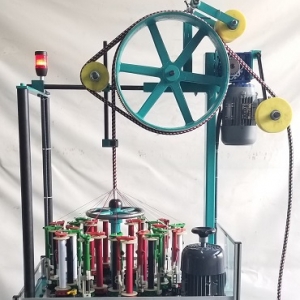 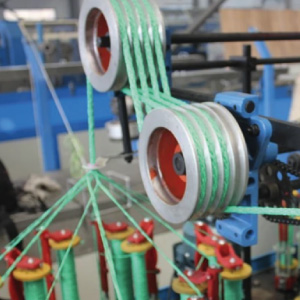 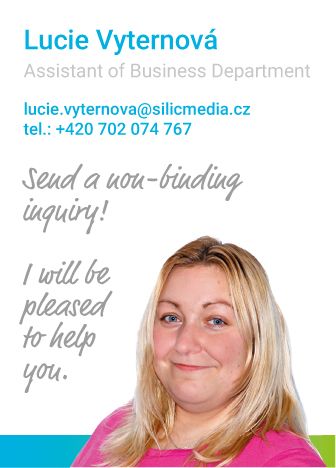 Just sen dus a request, we will get back to you within 48 hours! We will be happy to advise you with selection.

Once we have specified all the requirements (proportions, quantity, material, branding) of the laces, we will send you a calculation.

After issuing the order, we will prepare a graphic preview for you. In order to process it, we will need the bases in curves. Check the preview to verify that everything is according to your wishes.

At the moment we have confirmed the order and the approved graphic design, we enter the production order and the delivery deadline starts to run.

We also agree on the delivery date of your promotional item at the stage of approving the quotation. In case of unexpected changes, we will always inform you in advance.